in the news, the famous Notre Dame was burning, now fire put out 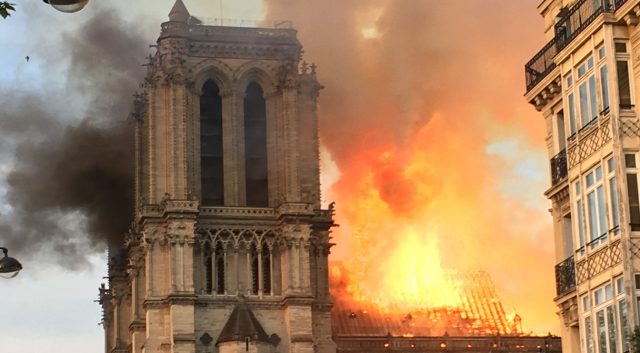 the event reminded me that when i was in elementary school, in the early 80s, we had a book full of stories we had to read to learn to read

The story begins introducing the reader to a computer-controlled house which cooks, cleans and takes care of virtually every need that a well-to-do United States family could be assumed to have. The reader enters the text on the morning of April 28, 1985 (changed to August 4, 2026 in later printings) and follows the house through some of the daily tasks that it performs as it prepares its inhabitants for a day of work. At first, it is not apparent that anything is out of the ordinary, but eventually it becomes clear that the residents of the house are not present and that the house is empty. While no direct explanation of the nonexistence of the family is produced, the silhouettes of a man, a woman, two children, and their play ball are described as having been burnt into one side of the house, implying that they were all incinerated by the thermal flash of a nuclear weapon.

The house is described as standing amidst the ruins of a city; the leveled urban area is described briefly as emitting a "radioactive glow".[1] The house is the only thing left standing and continues to perform its duties, unaware that the family is gone. At one point, further insight into the demise of the family is given when a tape recorder within the house recites a poem by Sara Teasdale titled "There Will Come Soft Rains". The poem describes how the Earth's other living things, and implicitly nature as a whole, are unaffected by human extinction that has occurred as the result of an unnamed disaster.

In the course of the day, a starving dog appears whining at the door of the house. The animal is recognized as the family pet and admitted, but dies soon after. The house automatically disposes of the body. The dog is the only (briefly) living character in the story.

At 10:00 p.m., a gust of wind blows a tree branch through the kitchen window, spilling cleaning solvent on the stove and causing a fire to break out. The house warns the family to get out of the building and tries shutting doors to limit the spread of the flames. The house also attempts to fight the fire, but its water reservoirs have been depleted after numerous days of cooking and cleaning without replenishment. The building is ravaged by the blaze and is almost completely destroyed except for one surviving wall, the same wall with the shadows of the family burnt into it, which continues to give the time and date the following morning.

I've not thought about this story until I saw this burning.

I remember the teacher suggested to us nuclear war, which when a bomb explodes can turn us into photographs. as a kid i had vague ideas of nuclear war, but in the 80s the Soviet Union was still a huge threat, and talks about nuclear war and Ronald Reagan Star Wars, to defend the US against a Soviet nuclear missile strike

when i read the story it got my imagination going. this story reminds me of a twilight zone outer limits sort of story. the teacher read to us parts of the story. i also tried to imagine a computer and robots that could do all these chores, from early  80s when pc's in school was the apple 2c

another Ray Bradbury "All Summer in a Day"

The story is about a class of students on Venus, which, in this story, is a world of constant rainstorms, where the Sun is visible for only two hours every seven years.

One of the children, Margot, moved to Venus from Earth five years earlier, and she is the only one who remembers sunshine, since the Sun shone regularly on Earth. When the teacher asks them to write a poem about the sun, hers is:

"I think the sun is a flower,
That blooms for just one hour."

She describes the Sun as "a penny", or "like a fire in the stove". The other children, being too young ever to have seen it themselves, do not believe her. Led by a boy named William, they bully and ostracize her, and just before the sun comes out, William rallies the other children and they lock her in a closet down a tunnel.

As the Sun is about to appear, their teacher arrives to take the class outside to enjoy their two hours of sunshine and, in their astonishment and joy, they all forget about Margot. They run, play, skip, jump, and prance about, savoring every second of their newly found freedoms. "Oh, it's better than the sunlamps, isn't it?" one of them cries.

Suddenly, a girl catches a raindrop in her hands. Thunder sounds, then the lightning comes, and the children run back inside as the sun disappears and it starts to pour again. At this point, one of them remembers Margot, who is still locked in the closet. Ashamed, they let her out of the closet, standing frozen, embarrassed over what they have done and unable to "meet each other's glances."

The precious Sun has come and gone, and because of their despicable act, Margot, who loved the Sun the most, has missed it.

i think this story is one of the child craft books 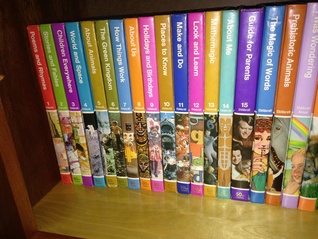 the clouds of venus is pure sulfuric acid