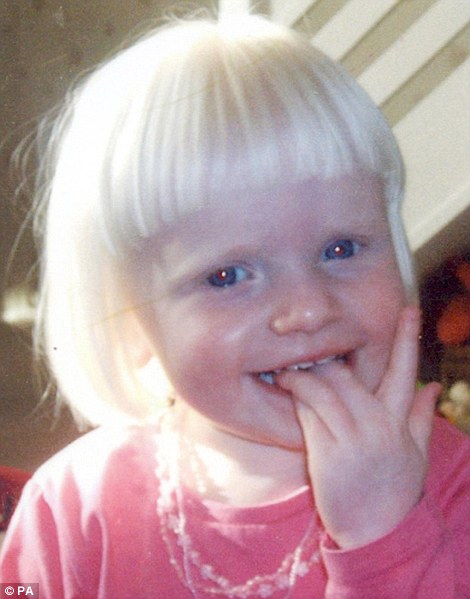 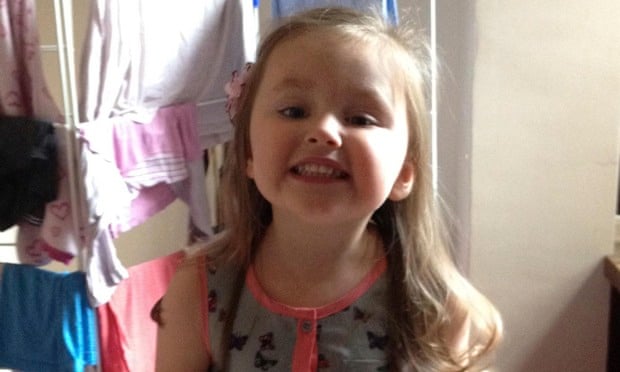 and this is 3-year old Alexis Mercer died Feb 2015 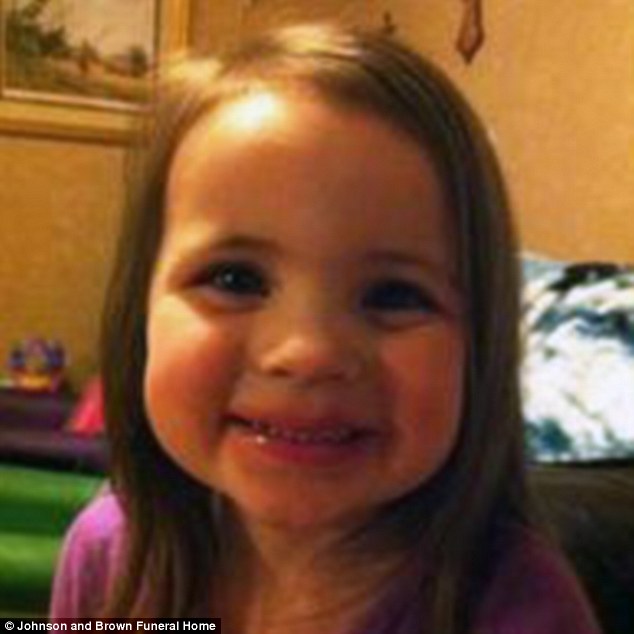 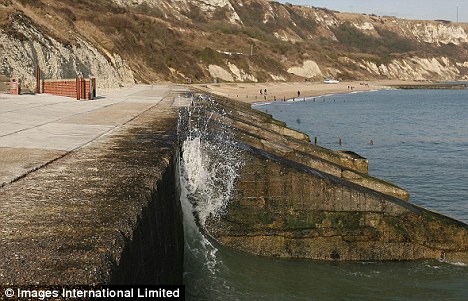 Two-year-old Rebecca Hopper drowned even though her father Andrew and his lover Paula Anderson rushed into the water in a bid to save her.

They managed to rescue her baby brother Lewis, who had been strapped into the double buggy with her.
Yesterday an inquest heard that the couple, who were both married, had met for a secret rendezvous on a seafront promenade at Warren Apron, near Folkestone in Kent in February. As they kissed, a gust of wind blew the buggy away.
Andrew Hopper

The Ashford inquest heard he told detectives: 'We kissed momentarily  -  I let go of the buggy and seconds into that kiss we heard a plop.

It was like someone throwing a stone into the water. We broke from the kiss and thought "what was that?".'

Giving evidence at the inquest, he said: 'After a moment and the realisation we had no choice, we knew what we had to do. I took my coat off and jumped into the water without any thought for my own safety.

'She [Anderson] went for Rebecca, who was lying face down.'

Mrs Anderson, 38, told the hearing: 'It was a horrible realisation that the buggy went over the edge.

'Andrew jumped in first and when I realised there was no way he could get the buggy and children out I jumped in as well.

'Andrew went for Lewis and I grabbed Becca. We struggled in the water.

'I tried to keep her above the water as best I could.'

Rebecca was airlifted to a specialist unit at a London hospital but was declared dead two hours later. 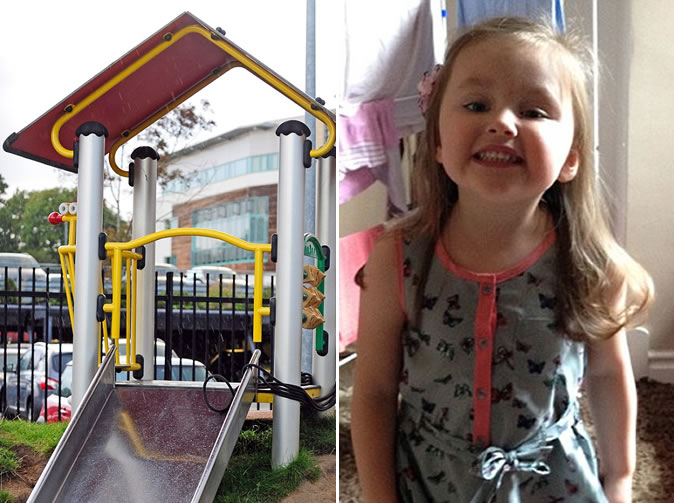 A toddler died on her first day at nursery school when she was left to play alone on a slide known to be  dangerous, a court heard yesterday.

Lydia Bishop became entangled in a ‘loop’  at the top of the slide. It tightened around her neck and choked her as she slid down.

No children were allowed to be in the play area alone, but it was 20 minutes before the three-year-old was found by a member of staff.

She was ‘blue’ and not breathing and efforts to revive her failed, Leeds Crown Court was told. Lydia died just five hours after being


3-year old Alexis Mercer found her dad's gun and shot herself with it and died.

Funeral services will be held Friday in Louisiana for little Alexis Mercer, a chubby-cheeked toddler who picked up a handgun her father had left in the living room and shot herself with it.

The 3-year-old died at a nearby hospital in Calcasieu Parrish on Monday. She had just returned home with her mother and two siblings when she picked up the weapon that was unlocked and in plain sight, along with two rifles and another handgun.