Harvard Grad Jordan finds Jesus reminds me of me

Harvard Grad Jordan finds Jesus reminds me of me

i am surfing through youtube and i come across this video

For much of her life, Jordan believed that there was no evidence of God. When she debated with Christians, she always won. Then, during her freshman year at Harvard, she read an essay written by C.S. Lewis and began to question her own ..

her name is stated Jordan "Mangee" 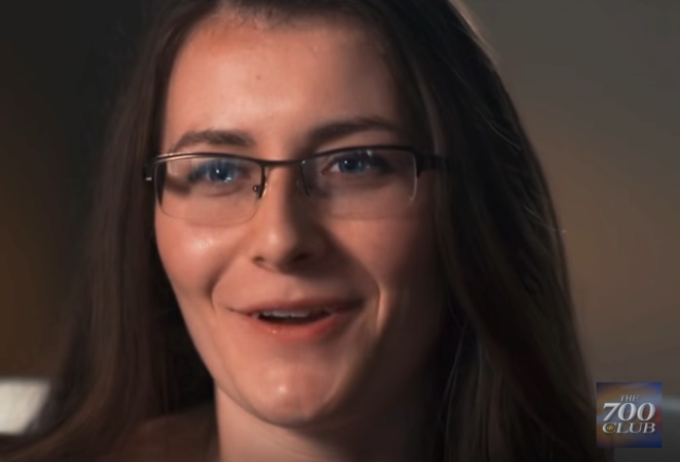 if u ever wonder what i was like as a teenager and college student,

I'm like a male version of Jordan Mangee, though i went in the opposite direction.

I also read CS Lewis to, as well as Allan Bloom's The Closing of the American Mind.

I participated in Christian debators and apologetics, where like Jordan I wondered where morals come from.

These are issues that both religion and philosophy address.

I had hoped I would meet a female similar to Jordan, who by her own admission isn't the prettiest or most athletic.

She got accepted to Harvard. I applied and got rejected sadly.

This was 80s where I had no information about Harvard, except Allan Bloom and the Closing of the American Mind.

Allan Bloom taught at Yale and Cornell before finally settling on University of Chicago.

She settled on the Christian theistic explanation, that morals and human rights come from God whose son is Jesus Christ as recorded in the Gospels.

CS Lewis sets out arguments in the Abolition of Man similar to the issue she wrestled with.

She states both her parents are atheist. I suspect her brain is oriented to enjoy religion, and that when she hears religion her brain tingles with pleasure.

I think it's a bit easier to believe in Jesus if you're a straight hetero girl like Jordan is, as she married a man.

I think it is easy to believe in Jesus when life is good, and her case, it appears to be. She married, she went to Harvard, she seemingly in good health.

My mother now has Alzheimer's and prayers don't seem to do much, though I suppose she could be deteriorating much faster i suppose.


It's hard for me to believe prayer does anything, and the simplest reason why is there is no god who answers prayer. But I do let people pray for her and maybe she'd be worse off.

I do think though if God gave me Jordan as my girlfriend and wife, i'd uh go to church to make her happy, though seminary school is a bit much i think.

I had thoughts similar to hers from what happens when we die, what about the children who die of starvation and what about all the homeless people in the world, to abortion and homosexuality and death penalty.

but listening to Jordan it reminds me of when i was a teenager and college student.

I find though it interesting that she was born an atheist, she was raised an atheist, both her parents are atheist and she took the time to read the bible, flag all the contradictions and challenged christians to explain it.

see i also saw contradictions in the Bible and i've concluded that the atheists are onto something.

she on the other hand also read CS Lewis and she's a big fan of the Chronicles of Narnia and that's her Harry Potter or Star Wars.

I suspect despite her atheist parents, her brain is wired for religion. i wonder how she lived her life as she says she got into Harvard but she didn't party or do drugs or engage in sex, despite having atheist parents.

this lifestyle is like the opposite of the rock stars.

for me i don't know how anyone could look at the world and think there's a good god in control of it all.

during the time i was a christian debator i was told that Nietzsche said god is dead, and that in existentialism, Dostoevsky said if there no god, then everything would be permitted.

if there's no god, who's to say abortion is wrong, or homosexuality, or genocide or pedophilia?

it's just human opinions that's all.

the ancient Greeks celebrated pedophilia they called pedantry between man and boys.

I've learned since that Allan Bloom was a pederast.

Allan Bloom in the Closing of the American Mind covers these topics and subjects, that Jordan Mangee also talks about. Allan Bloom was an atheist, whereas Jordan became a Christian.

i met plenty of male christian debaters, from the theory of evolution vs creationism and abortion, but I don't think i've met a female version, so Jordan pictured above is a bit of a surprise for me.


wow where you've been?

i've visited the dentist, and for now i got a root planing and scaling $580 for left upper and lower.

more pain and dollars to come.

Thanks I’ll watch it. Do you remember the new JBR documentary is airing tonight?

searchinGirl wrote:Thanks I’ll watch it. Do you remember the new JBR documentary is airing tonight?

i remember but i've not yet seen it


ID see no evil, autistic teen boy shot by 2 black boys in robery. not sure about shopping after dark

ID never say goodbye, woman get stabbed to death by an intruder in her own home, solved by DNA

madeliene mccann id, which murdermysteryreader commented on
_________________
If you only knew the POWER of the Daubert side