the most recent episode of ID channel

A CRIME TO REMEMBER S5 • E4 Coffin for Christmas

Barbara Mackle, a promising co-ed and real estate heiress, is kidnapped and buried alive in a coffin-like "capsule." From Washington D.C. to Miami, local police and the FBI race to find the culprit before Barbara's time underground runs out.

i would strongly recommend you find a way to watch this

here are some copyrighted images under fair use

here Barbara Mackle grew up in florida, dramatization of her childhood playing dead 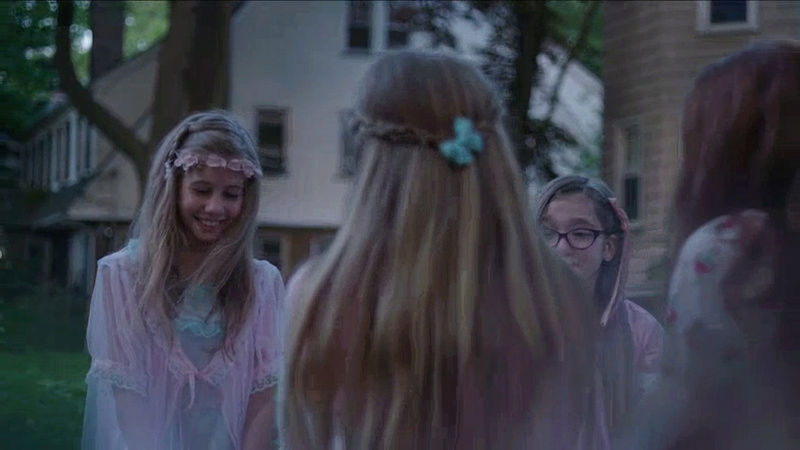 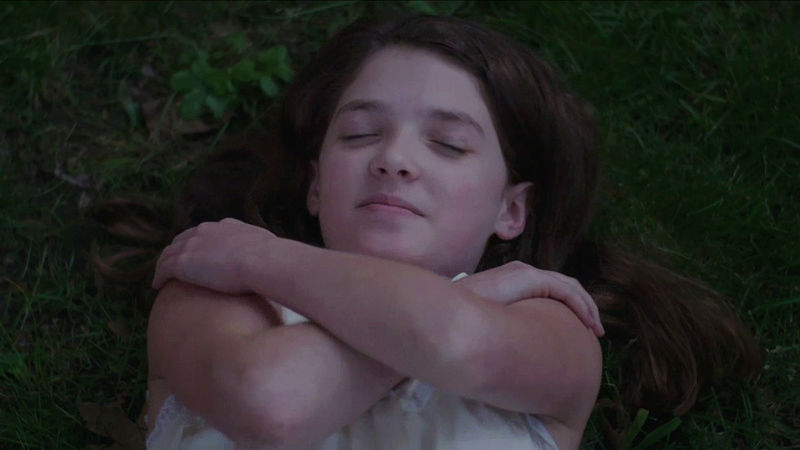 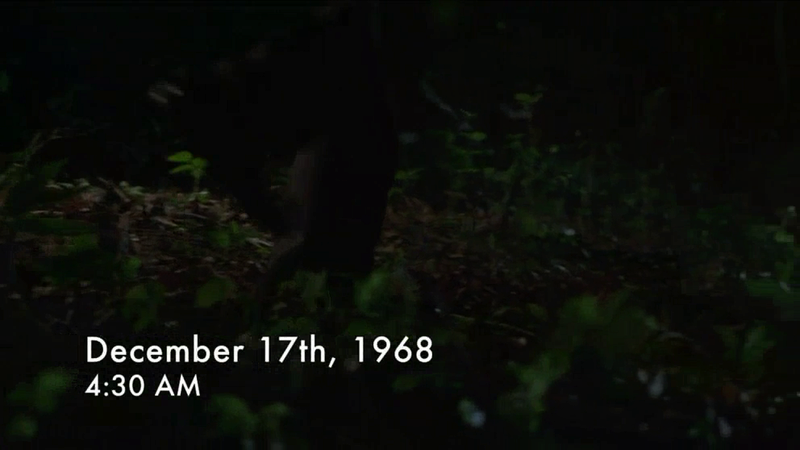 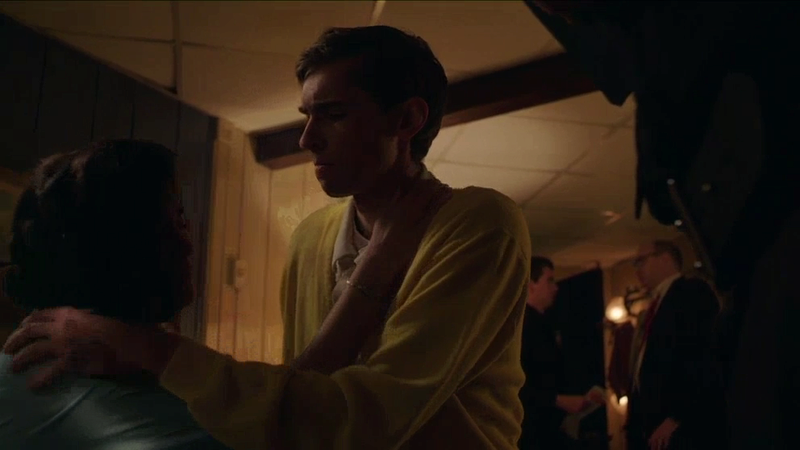 it contains a dramatization of the crime and investigation, and it played out like a hollywood action thriller,
similar to what happened to the Petit family in People Magazine investigates

every episode does, including the prior episodes featuring leopold and loeb

Gary Krist and his gf came up with the idea of easy money. so they went through a published book called the registry and came upon the Mackle family, a wealthy real estate developer from Florida.

the idea they came up with was simply to kidnap the daughter of a wealthy family, the Mackles.

They planned it out months in advance.

they stalked Barbara Mackle and knew she had a male best friend and drove a white car.

neither the Mackles nor Gary Krist knew one another prior.

y knew she was in Atalanta for school, college. she was in a motel and withdrew from school sick with the flu.

they then presented themselves as police officers and barged into the motel they were staying.

before doing so, they wrote a ransom note, the one you posted on reddit, rootlesswriter, and put it in a bottle and buried it, they did this before they kidnapped Barbara.

it's possible Jonbenet's abductor stole the note pad several days in advance from the home and returned with the ransom note.

they abducted Barbara, and put her in a pre-made coffin that they then buried, it was powered with an electric fan and battery that gave her air for 4 days.

i wondered about how barbara dealt with poop and piss being trapped in the coffin for 4 days.

they called her father and demanded money.

eventually the FBI met his employer in Florida who said he was brilliant and very capable builder.

he can fix anything and build stuff. one thing Gary builds as a marine biologist is containers with air which has experience.

Eventually Gary called police to tell her where Barbara was buried, FBI went to the location and Barbara was found and released alive, after 4 days.

Gary and his gf were arrested.

what makes this fascinating along with the longest ransom note in USA, twice as long as the Jonbenet ransom ntoe, is 1- how intelligent Gary Krist was and 2- how much planning and forethought. he planned out the crime month in advance before the actual abduction

his planning
before he abducted barbara mackle

stalking and collecting information on barbara mackle, her friend and car he drove, college and motel, that she was sick with the flu, her phone # (!)

writing a long, twice as long ransom note putting it in a jar, and buring it on their property undetected, then called them after the abduction to tell them where the ransom note is buried

creating a coffin for barbara, burying it, putting a ventilation with battery powered fan and food in it for barbara to be placed,

obtaining firearms and coming up with a story of an accident involving her friend, then barging in the motel and abducting barbara then placing her in the coffin

with this much planning and forethought and he successfully executed his plan, all premeditated

i've long suspected he entered Jonbenet residence weeks in advance, and removed certain items such as the notepad, wrote the ransom note at home, then returned with both the notepad and ransom note. it wasn't written the night she was killed, it was written weeeks or even months before.

in barbara's case they really wanted the money. in jonbenet's case as in the leopold and loeb, i suspect it was a thrill kill.


since Barbara survived Gary was released from prison after serving 10 years. Barbara married her best friend and had a family in Florida. the end.

until sometime later Jonbenet's killer read this and got a hold of the Mackle ransom note and decided to commit his own crime....

reading about this case on wikipedia is one thing. watching it on an ID show is quite another.

in the petit family murder i had no idea what was going to happen, here i knew barbara survives and gary krist gets caught but i didn't know the moment by moment details.

quite exhilarating. a crime to remember is actually a very good documentary series.

i've not got around to it but i also saw last week's episode which is about the Leopold and Loeb kidnapping, and before that another home invasion

imagine ur a homicide detective investigating the kidnapping and murder of bobby frank and you have both leopold and loeb discussing Nietzsche who said god is dead.

only on a crime to remember

leopold and loeb abducted bobby frank as a thrill kill, they understood fredrich nietzsche as saying the ubermensch, superman, is beyond all morality, and the university of chicago is famous for promoting the great books education, which leopold and loeb attended, but purposely made it looking like a kidnapping for ransom money to confuse police. leopold knew 15 languages so that gives u some idea how smart he is.

I caught this the other night. It had details the previous movie or movies based on the crime didn't. It is easy to see why notes in this and JonBenet Ramsey case were similar, because most likely JonBenet's killer was familiar with Barbara Mackle's kidnapping.
_________________
Bookworm

MurderMysteryReader wrote:I caught this the other night. It had details the previous movie or movies based on the crime didn't. It is easy to see why notes in this and JonBenet Ramsey case were similar, because most likely JonBenet's killer was familiar with Barbara Mackle's kidnapping.

wow you're back after, what a year?

btw do you have any relations to tracyb?

I've been reading just like always but just not posting as much. As this is not the only website that I post on I have also been taking time to post at those other websites that I am also a member of and have kind of neglected by posting on here so much. I am also an administrator on another website so I have to spend some time there, as well. I have hobbies, so I have been doing those. A certain amount of time during the year I spend on making Christmas gifts and I have to get those done in a timely manner, so I can enjoy the holidays and relax. I have other sundry projects I am working on, so I am a busy bee. Add to that If I am sitting I am working on something as that is the only way I can sit without fidgeting. A certain portion of my year is taken up with making my Christmas gifts early in the year, so I can enjoy the holidays and relax. It is too bad I only have 2 hands, lol. I am not related to Tracyb that I know of. Must have gotten busy or lost interest would be my guess.

Oh. for a moment I thought you are TracyB.

TracyB tells me she lives in California.

Don't you also live in California ?

How old are you?

Have you seen TracyB anywhere else?

No, I am not Tracyb and I have no idea who this poster is. I have read Tracyb's comments on your blog posts though. I was pleased to see someone else posting comments. MurderMysteryReader is a username and I chose it since I love watching and reading Murder Mysteries. I have only visited California but never lived there. I have lived in my home state my whole life. I am certainly not 29 years of age I look younger than my age. I have followed the Ramsey case and discussed it at various forums since I started following it. The other websites I am a member of are: Buffy Boards discussing the show Buffy the Vampire Slayer, I am a fan of the Bangel relationship. Another one is the Blood Roses forum. I am an administrator of a board for a musician and singer that I am a fan of.I have been administering on a board of and for this singer for longer than 5 years. I agree it is strange that TracyB was posting when I wasn't and stopped when I did.

ok, have you had a chance to read tracyB's post?

can you understand my confusion? you disappear she appears, now she disappears and you reappear.

are you going to be around ?

I have read some of TracyB's posts on certain topics, but didn't know we both had the same username. This makes sense because sometimes when I sign in a message appears to the effect that I am using is already taken. Looks like I am going to be changing my username so as not to be confused with TracyB. I can understand your confusion completely. I would have been too. Like I Said it is strange and have no explanation for it. I think changing my username will help a lot. Yes I am going to be be around here reading posts and commenting when I can. I manage to have the time for things of this nature due to how I manage my time. Be assured that I will not be bringing up Buffy here because I stay on topic with my comments and Buffy related comments are reserved for. BuffyBoards forums. I have read your posts about Star Wars so I know that you are really into it. Now on to finding out how I can change my username. See you around on here.
_________________
Bookworm