It is with great reluctance and regret that I submit this letter of resignation. Even though I want to continue to participate in the official investigation and assist in finding the killer of JonBenet, I find that I cannot in good conscience be a part of the persecution of innocent people. It would be highly improper and unethical for me to stay when I so strongly believe this.

It has been almost 19 months since we talked that day in your office and you asked me to assist you in this investigation. It has turned out to be more of a challenge than either of us anticipated. When we first met I told you that my style of approaching an investigation is from the concept of not working a particular theory, but working the case. Detectives collect and record information from many sources, analyze it, couple that with their experience and training and let "the case" tell them where to go. This process may take days, weeks or years, depending on the direction the case tells you to go. Sometimes you must investigate "many paths" in order to find the killer. It is not a political speed contest where expediency should outweigh justice, where "resolving" the case is solving the case.

Alex, even though I have been unable to actively investigate, I have been in a position to collect, record and analyze every piece of information given to your office in the course of this investigation. I believe that I know this case better than anyone does. I know what has been investigated and what hasn't, what evidence exists and what doesn't, what information has been leaked and what hasn't. I am a detective with a proven record of successful investigations. I have looked at the murder of JonBenet Ramsey through the eyes of age and experience and a thorough knowledge of the case.

At this point in the investigation "the case" tells me that John and Patsy Ramsey did not kill their daughter, that a very dangerous killer is still out there and no one is actively looking for him. There are still many areas of investigation which must be explored before life and death decisions are made.

When I was hired I had no agenda one way or the other, my allegiance was to the case, not the Police Department nor John and Patsy Ramsey. My agenda has not changed. I only desire to be able to investigate the case and find the killer of JonBenet and will continue to do so as long as I am able. The chances of catching him working from the "outside looking in" are very slim, but I have a great "Partner" who I'm sure will lead the way. There is no doubt that I will be facing a great deal of opposition and ridicule in the future, because I intend to stand with this family and somehow help them through this and find the killer of their daughter. Perhaps others who believe this will also help.

The Boulder Police Department has many fine and dedicated men and women who also want justice for JonBenet. They are just going in the wrong direction and have been since day one of the investigation. Instead of letting the case tell them where to go, they have elected to follow a theory and let their theory direct them rather than allowing the evidence to direct them. The case tells me there is substantial, credible, evidence of an intruder and lack of evidence that the parents are involved. If this is true, they too are tragic victims whose misery has been compounded by a misdirected and flawed investigation, unsubstantiated leaks, rumors and accusations.

I have worked in this profession for the past 32 years and have always been loyal to it, the men and women in it, and what it represents, because I believed that justice has always prevailed. In this case, however, I believe that justice is not being served, that innocent people are being targeted and could be charged with a murder they did not commit.

The law enforcement Code of Ethics states it very well. My fundamental duty is to "serve mankind; to safeguard lives and property; to protect the innocent against deception, the weak against oppression or intimidation, the peaceful against violence or disorder. To respect the constitutional rights of all men to liberty, equality and justice." This applies not only to JonBenet but to her mother and father as well.

I want to thank you and the others in the office for the wonderful support and treatment I have received. You have a great D.A.'s Office and the men and women who work with you are some of the most honest and dedicated people I have ever met. My life has been enriched because of this memorable time together. I have especially enjoyed working closely with Peter Hofstrom and Trip DeMuth, who also have dedicated so much of their lives to this case. I have never met two more fair, honest and dedicated defenders of our system.

Alex, you are in a difficult position. The media and peer pressure are incredible. You are inundated with conflicting facts and information, and "expert" opinions. And now you have an old detective telling you that the Ramseys did not do it and to wait and investigate this case more thoroughly before a very tragic mistake would be made. What a double travesty it could be; an innocent person indicted, and a vicious killer on the loose to prey on another innocent child and no one to stop him.

History will be the judge as to how we conducted ourselves and how we handled our responsibilities.

Good Luck to you and your fine office and may God bless you in the awesome decisions you must soon make. 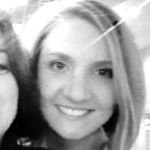 This is the first time I have had an opportunity to read this letter. Thanks for posting it!

Scarlettscarpetta wrote:This is the first time I have had an opportunity to read this letter. Thanks for posting it!

No thanks, necessary. There's SO MUCH I haven't had the opportunity to track down, organize & post in these documentation categories. If you find useful documents elsewhere, please post them. I need all the help I can get. Lots of info out there!

Just so dang tired of people attacking LS. He was an excellent detective. He knew his stuff.

How can they criticize him and yet take for gospel the word of ST who was nothing more than a baby who did not get his way and quit his first real case.

Just noticed this article. Maybe some of you have seen it previously. I don't agree with Lou Smit on some points, but I found the article interesting.

I look up to Lou Smit and the fact that he had no dog in the fight and was helping with this case;trying to get justice for JonBenet. It is sad that he had to walk away from this case sinceI feel Lou Smit was the only one who could solve it. He was right that if the Ramsey had been charged with this case being innocent it indeed would have been a tragedy. Unfortunately, since his death a resource and experience was lost. I still believe in the innocence of the Ramsey's and their family. A killer got away with this crime.
_________________
Bookworm