either John Ramsey or Burke, or even Patsy Ramsey was sexually molesting Jonbenet Ramsey prior to her murder

this serves as to a motive to  JonBenet Ramsey by her parents, to coverup ongoing prior abuse.

these lies and myths are promoted for example,

Day 5 of the series comes from /u/FuryoftheDragon.

It's fairly well-known that JonBenet Ramsey was penetrated vaginally the night of her death. But what may be more important is the evidence that she had been penetrated before. I'm going to attempt to explain this in straightforward terms. During JonBenet's autopsy, the coroner examined her vagina. He found that her hymen had been scratched along with the vaginal wall at what would be the 7:00 position on a clock face. He also noted the hymen opening was 1 cm x 1cm in diameter. This is twice the size of a normal hymeneal opening for a girl of six-years-old, as established in a 1999 study by Dr Perry Pugno. The autopsy also found that the vaginal mucosa--the mucous membrane of the vagina, was inflamed. The exact words were "chronic inflammation."

FuryoftheDragon.  is superdave aka david hughes.

For some reason, the media has avoided this subject in the past, even stating the absolute opposite from the truth at times.

That's odd; because if there is ONE PIECE OF EVIDENCE that should lead to the killer, it's THIS. Perhaps that's why Team Ramsey has denied and ignored this critical evidence from the beginning. But John Ramsey brought it up on the very day he spoke to the public the first time, on CNN on the day after his child was buried--denying it.

It only takes ONE EXPLANATION of how an intruder got into the home and/or had a six year old girl all to himself before Dec. 25th without her parents noticing or hearing about it. Yet the Ramseys and their WORLD-CLASS INVESTIGATORS have yet to ever even mention this devastating evidence other than the child might have had one bubble bath too many or was a chronic masturbator. She also had "vaginitis", for which she was treated several times, documented and admitted by her own physician. She was SIX.

She was also a chronic bedwetter. There were other reports that she had other toileting issues.

From the chronic vaginal injuries she endured, JonBenet would have had blood in her panties from this abuse before Christmas night 1996, as her hymen was severely damaged. Who can believe her mother wouldn't have noticed her pageant princess was bleeding from her vagina?

Mrs. Archuleta also said JonBenet was showing signs of being depressed and tired, which concerned friends.

I could go on, but to keep it simple for those who do not know about the sexual abuse of this child, here's an excerpt from "The Bonita Papers" we have in our case library, summarizing the LE investigation into this abuse and what the medical expert opinions were at the time of the early active investigation...allegedly.

I say allegedly because this is a summary from a "document" shared by a member of our forum who did not present any open credentials or sources I've ever seen that I was able to research or test elsewhere.

"Bonita" is alleged to have been a legal secretary of a lawyer who aided the Boulder Police Dept. in the investigation--again I have found no first-hand confirmation of her identity, job, or this story, so just FYI.

The gist of the story is that she copied information from the case files, to which her boss had access, to write a book. Then her work was sold prematurely to a tabloid without her permission by a relative...allegedly.

How our forum member got the "Papers" I have no idea. These are more of the blind items we've had to work through for 17 years to determine what's truth, what's fiction, and what's in between.

However, much of what "Bonita" wrote has been independently confirmed from numerous other credible sources through the years. This section of the summary has proven to be believable and informative.

In the final analysis, Dr. Cyril Wecht, among many others, has confirmed from reading the autopsy that the child was sexually abused before the night she was murdered. Dr. Wecht has gone on the record about this countless times, in great detail, in many media formats, including one of the earlier books on the case he co-authored, Who Killed JonBenet Ramsey.

Steve Thomas also wrote about the the evidence of prior abuse in his book, JonBenet: Inside the Ramsey Murder Investigation. James Kolar's most recent book on the case addressed this, as well: Foreign Faction.

It's not brain surgery. It's in the medical science of the autopsy. Now find out who had access to the child before the night she was murdered...who also may not be the killer.

But the killer can be found once you know who was the sexual abuser.

I may be whistling Dixie here, so don't trust me: I encourage readers who want to know the truth to research and evaluate the autopsy record themselves.

which I scientifically debunked. koldkase is  forumsforjustice.org incompetent member, something anti-K has mentioned and observed on Topix.
as Kylo Ren would say to Lor San Tekka 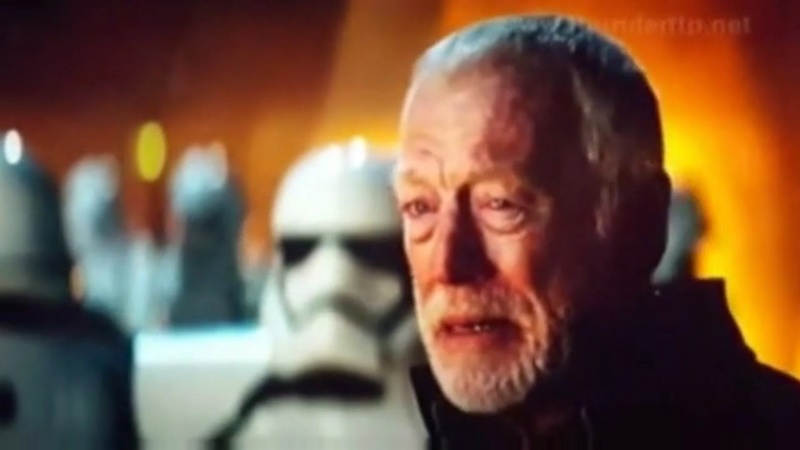 this is statement of  Daubert Side of the Forensics

The Court defined "scientific methodology" as the process of formulating hypotheses and then conducting experiments to prove or falsify the hypothesis, and provided a set of illustrative factors (i.e., not a "test") in determining whether these criteria are met:

Whether the theory or technique employed by the expert is generally accepted in the scientific community;
Whether it has been subjected to peer review and publication;
Whether it can be and has been tested;
Whether the known or potential rate of error is acceptable; and
Whether the research was conducted independent of the particular litigation or dependent on an intention to provide the proposed testimony.[4]

the only expert witness who may comment on the autopsy finding under Daubert are pathologists and possibly pediatricians.

it is clear no RDI poster, from superdave to koldkase or any member of forumsforjustice.org, websleuth, etc. are qualified under daubert to comment on whether the autopsy finding is indicative of child sexual abuse prior to her night of murder. nor is Steve Thomas or James Kolar.

superdave and other RDI posters cite pediatricians and pathologists Cyril Wecht among others as stating the autopsy findings are the result of prior sexual abuse.

for their conclusions to stand as expert witness testimony,

In 2000, Rule 702 was amended in an attempt to codify and structure elements embodied in the "Daubert trilogy." The rule then read as follows:

Rule 702. Testimony by Experts
If scientific, technical, or other specialized knowledge will assist the trier of fact to understand the evidence or to determine a fact in issue, a witness qualified as an expert by knowledge, skill, experience, training, or education, may testify thereto in the form of an opinion or otherwise, if (1) the testimony is based upon sufficient facts or data, (2) the testimony is the product of reliable principles and methods, and (3) the witness has applied the principles and methods reliably to the facts of the case.

so then the question are, are the panel of pediatricians who state they found evidence of prior sexual abuse, and Cyril Wecht and other medical doctors meet these 3 requirements

Unfortunately for RDI it does not. 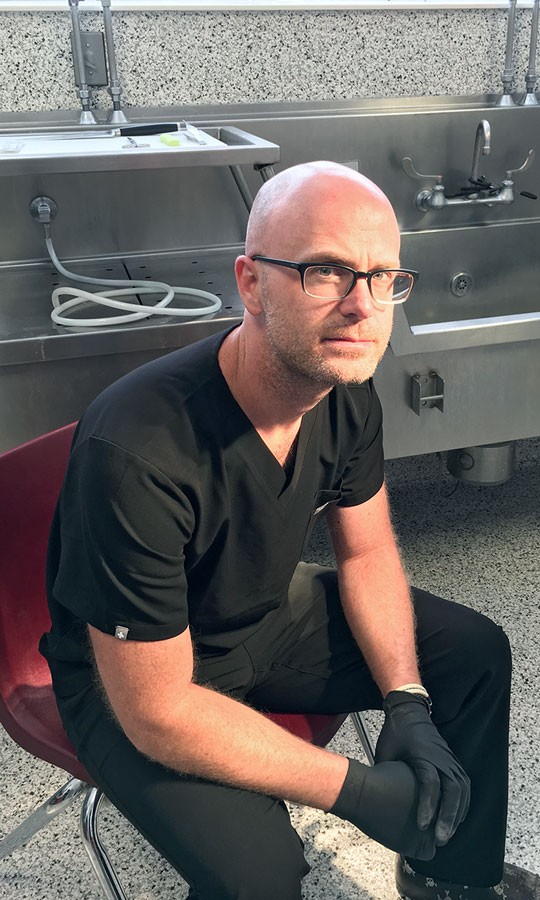 www.uccs.edu/.../homicide140...
University of Colorado Colorado Springs
Leon Kelly, M.D. is a Deputy Chief Medical Examiner/Forensic Pathologist who has ... Dr. Kelly has also appeared as the forensic pathology consultant on the.


Dr. Kelly has been a community advocate and supporter of child abuse and neglect prevention through his work as Deputy Chief Medical Examiner, Board Member for Peaceful Households, Governor Appointed member of the Colorado State Child Fatality Review Team and past member of the El Paso County Child Death Review Committee. His community influence extends to the University of Colorado at Colorado Springs (UCCS) where he is a Lecturing Professor on Investigation of Death and Injury.

Dr. Leon Kelly is a qualified medical expert under Daubert. He works in El Paso County Colorado,
was explicitly consulted by Boulder investigators to offer a medical opinion.

He was also given Jonbenet's medical files as provided by Dr Francico Beuf jonbenet's pediatrician says he always think of sexual abuse and he saw no evidence of it.

He also reviewed the claims of the panel of pediatricians who provided testimony they opined Jonbenet was subjected to ongoing sexual abuse by observing they did NOT have access to Jonbenet's medical records while she was alive, as provided by Dr Francico Beuf jonbenet's pediatrician.

Jonbenet had been seen by  Dr Francico Beuf for bedwetting and vaginal irritation.

His conclusion is there is NO evidence of prior sexual abuse of Jonbenet. the panel of pediatricians, Cyril Wecht and others who claim otherwise made a medical factual error, specifically,

their testimony violates 1 and 2.

Dr. Leon Kelly expert medical testimony, having reviewed prior panel of pediatricians, one of whom admitted he did not know Jonbenet had a prior problem with bed wetting, and did not have access to Jonbenet's pedaitric records, was that their conclusion was not medically justified.

There is NO evidence of prior or ongoing abuse to her murder.

Her clinical presentation at death can be fully explained by her pediatric records, her bed wetting problem.

superdave furyofdragon forumsforjustice bluepill is that their belief John Ramsey or Burke or Patsy were molesting Jonbenet prior to her murder is a RDI inspired fantasy.
the redpill is that there is no credible medical evidence for this by an expert witness.

Dr. Leon Kelly expert medical testimony along with Boulder County Coroner John Meyer is that on the night she was murdered she was sexually assaulted in some way.

There is no medical credibility she was subject to any kind of prior or ongoing sexual abuse.

neither Koldkase nor any forumsforjustice poster nor superdave, nor the experts they cite, are qualified under Daubert, and therefore is not evidence of prior sexual abuse.

Re: RDI claim "Jonbenet Ramsey had evidence of prior sexual abuse" vs the power of the Daubert Side of the Forensics