it's now a dark and stormy night, rain for most of the day and into the night.

living where i do, it's hard to imagine that most of the West and California are in drought, as we're having plenty of rain.

doesn't seem to lower the water bill, except that i don't have to water the lawn to keep it green, at least thus far. it's only June 25, plenty of summer left.

It was also much cooler, it has been 95F plus humidity, but today it's 78F but so humid you can drink water from the air, and heavy rain. I turned on the a/c to remove the humidity.


As I type this, i can see lightening and hear thunder, and the shadow of a tree outside my house is cast on my window, with help from the street light.

I don't have any paranormal story of my own to tell.

on youtube there are stories of people seeing UFO's on a dark and stormy night, for example, this one from close encounters, 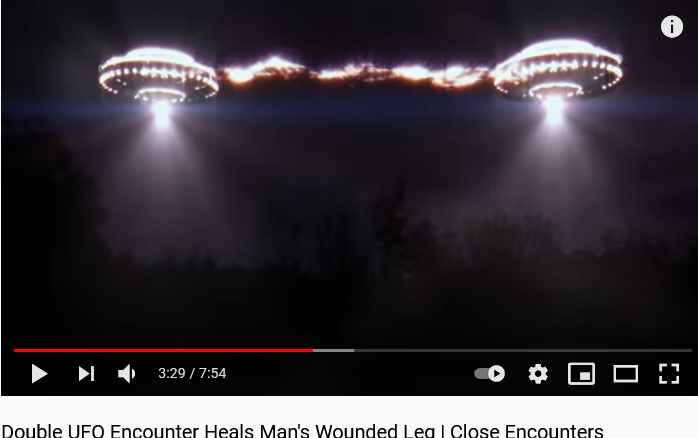 one reason i'm interested in UFO's, is that in that story, the French guy got a UFO healing, his leg was injured and the UFO healed it.

I hope to see that UFO and my mom is completely healed of dementia, it is raining and story.

coincidentally today in the news,

Washington (CNN)The US intelligence community on Friday released its long-awaited report on what it knows about a series of mysterious flying objects that have been seen moving through restricted military airspace over the last several decades.
In short, the answer, according to Friday's report, is very little, but the intelligence community's release of the unclassified document marks one of the first times the US government has publicly acknowledged that these strange aerial sightings by Navy pilots and others are worthy of legitimate scrutiny.

The report examined 144 reports of what the government terms "unidentified aerial phenomenon" — only one of which investigators were able to explain by the end of the study. Investigators found no evidence that the sightings represented either extraterrestrial life or a major technological advancement by a foreign adversary like Russia or China, but acknowledge that is a possible explanation.

"We were able to identify one reported UAP with high confidence. In that case, we identified the object as a large, deflating balloon. The others remain unexplained," the report says, using the Pentagon's terminology for UFOs.

"Of the 144 reports we are dealing with here, we have no clear indications that there is any non-terrestrial explanation for them — but we will go wherever the data takes us," a senior US official said.

But investigators were also convinced that the majority of the sightings were "physical objects," the official told reporters on Friday.
"We absolutely do believe what we're seeing are not simply sensor artifacts. These are things that physically exist," the official said, noting that 80 of the reported incidents included data from multiple sensors. In 11 cases, pilots reported a "near-miss" collision with these strange objects.

Investigators stymied by 'unusual flight characteristics'
Still, the nine-page report makes clear that more work must be done to identify these objects as "the limited amount of high-quality reporting on unidentified aerial phenomena (UAP) hampers our ability to draw firm conclusions about the nature or intent of UAP."
Investigators were particularly stymied by a limited number of incidents where UFOs reportedly appeared to exhibit "unusual flight characteristics," according to the report, which notes these observations "could be the result of sensor errors, spoofing, or observer misperception and require additional rigorous analysis."
"Some UAP appeared to remain stationary in winds aloft, move against the wind, maneuver abruptly, or move at considerable speed, without discernable means of propulsion. In a small number of cases, military aircraft systems processed radio frequency (RF) energy associated with UAP sightings," it says.
But despite that challenge, the report does conclude that these objects "clearly pose a safety of flight issue and may pose a challenge to US national security.
"Safety concerns primarily center on aviators contending with an increasingly cluttered air domain. UAP would also represent a national security challenge if they are foreign adversary collection platforms or provide evidence a potential adversary has developed either a breakthrough or disruptive technology," it says.
Government UFO report is the product of years of military infighting over whether to take sightings seriously
Government UFO report is the product of years of military infighting over whether to take sightings seriously
Worryingly for national security professionals, the report also found that the sightings were "clustered" around US training and testing grounds. But investigators downplayed those concerns, assessing that "this may result from a collection bias as a result of focused attention, greater numbers of latest-generation sensors operating in those areas, unit expectations and guidance to report anomalies."
Still, the Pentagon said in a statement after the report's release that it plans to formalize the study of UFOs.
A memo from Deputy Secretary Kathleen Hicks instructed the Office of the Undersecretary of Defense for Intelligence and Security to create a formal mission for the work currently done by the UAP Task Force.
Hicks framed it as a question of national security, saying, "It is critical that the United States maintain operations security and safety at DoD ranges," noting that many of the observations have been near military areas.
Hicks called for reports of UAP observations to be ready within two weeks of an occurrence or observation.


other people over the decades have reported seeing UFO's with similar characteristics.

I think that some of these UFO are ET aliens entities, there is intelligent life out there and they have visited us.

I hope a benevolent one comes visit me for a healing.

My mother did get hospitalized due to lack of swallowing recently. She had both CT and MRI scans which were evaluated by neurologists and radiologists and her brain clearly shows all the hallmarks of advance dementia, with also possible vascular dementia.

So if a UFO comes and heals her tonight, the hospital had actual brain scans on file to prove a medical miracle happened, though in reality my mother is now in hospice care.